Virtual Conference | A Meeting at the Crossroads

The intellectual legacy and era of Albert Raboteau and his contemporaries profoundly shaped the field of African American religion. His groundbreaking classic book, Slave Religion: The “Invisible Institution” in the Antebellum South (1979), transformed how scholars and students understand enslaved people’s religious experience and the impact of slavery on contemporary American religion.

The void left by Raboteau’s passing is amplified by the transition of several of his contemporaries, all of whom were thought leaders in their respective fields of study. In this sense, Raboteau is an anchor point through which a constellation of ancestral figures can be approached at the crossroads of intergenerational exchange. In meeting at the crossroads of intellectual exchange, we enact the sankofa principle--planning the way forward by looking to the past--to honor and acknowledge their most generative scholarly contributions, and also to explore how scholarly predecessors have inspired significant points of departure in contemporary scholarship.

In many African American religions, the crossroads symbolizes the mystical barrier that separates the world of deities and ancestors from the material world of humanity. Utilizing the crossroad as a dialogical model for interdisciplinary and intergenerational exchange, "A Meeting at the Crossroads" envisions a dialogical exchange that includes both contemporary and ancestral interlocutors. Our collective reflection not only conjures the presence of ancestral interlocutors, but also casts new visions for the future of African American religious studies. 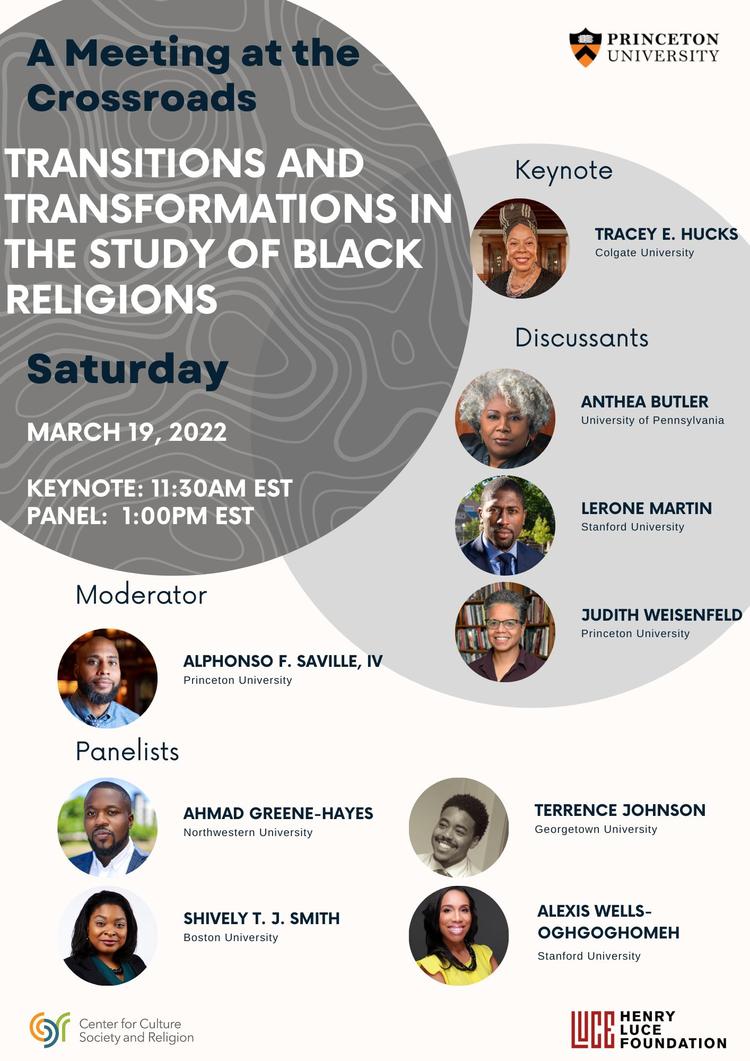